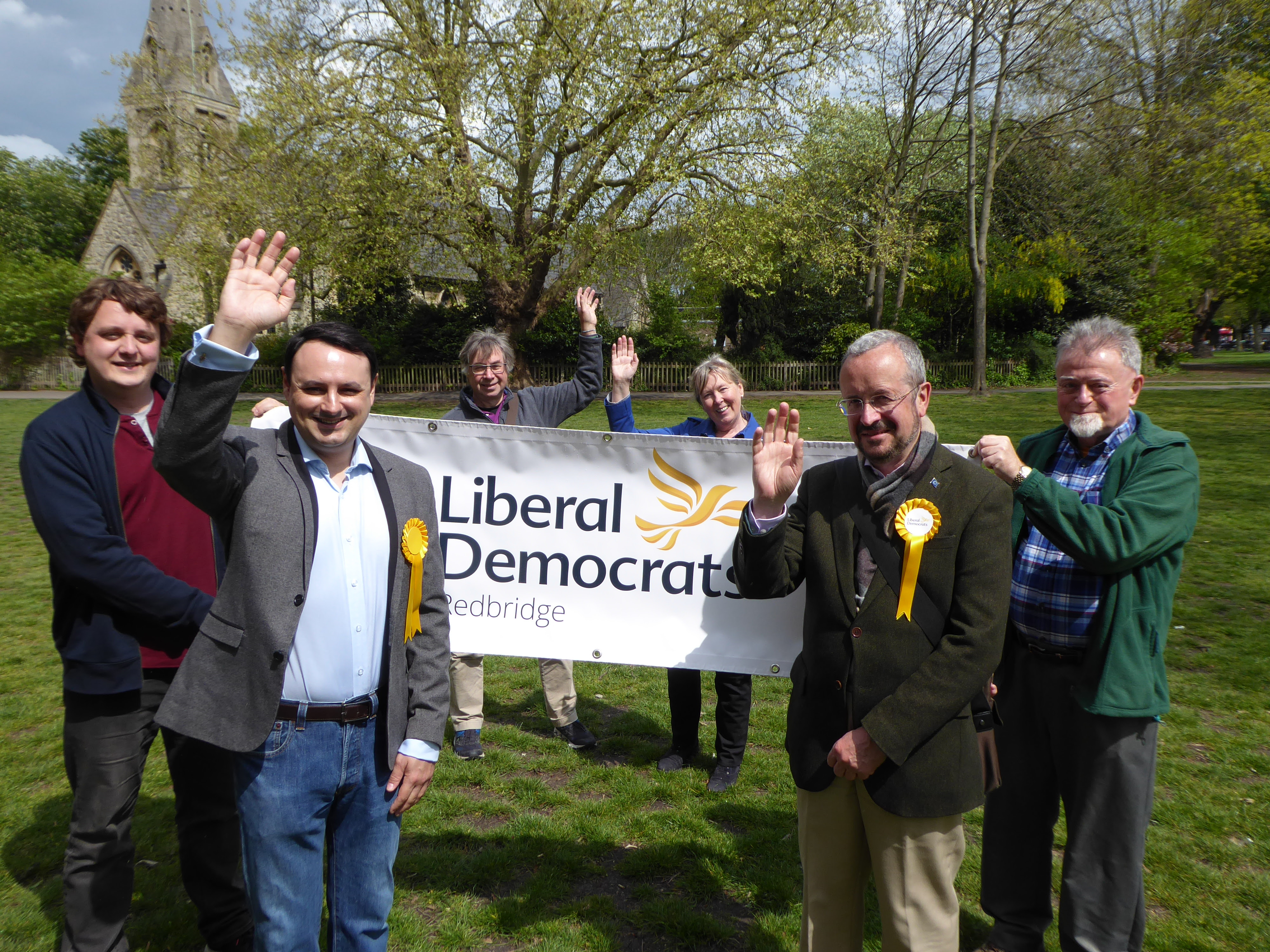 Welcome to the October e Focus from the Wanstead Lib Dem team.

If you have stories or issues you think we should cover in future editions, we would love to hear from you. You can find our contact details at the end. 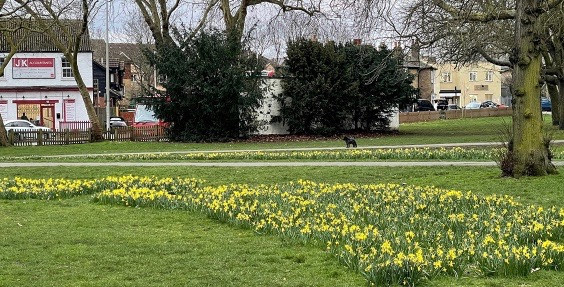 Wanstead Lib Dems have been working hard for our residents, so that your voice can finally be heard by the Council. Regrettably, on 27th August (the Friday of a Bank Holiday weekend) the council made public its decision to ignore 192 households that objected to the design of the proposed kiosk on Christchurch Green.

Since early May we have been fighting for this issue to be properly consulted upon. We objected to the proposed alcohol licence, which was thankfully dropped. We worked with residents and local community groups to organise a campaign to pause the project and ask for a design rethink. This was rejected by the Labour Council, who approved the scheme and its poor design under delegated authority. This backroom deal was made by just one elected Councillor who neither lives in, nor represents, Wanstead. We think is unfair, and undemocratic.

Since then we have been fighting for the decision, and the reasons behind it, to be made public. We asked the Council to tell us how much the project will cost, what is the business case behind the scheme and why they chose to give themselves planning permission when there were nearly 200 objections. We requested all these questions be made public at the Councils’ External Scrutiny Committee – the body that is supposed to scrutinise decisions made by the Council and do so in public. Our request was rejected.

We wrote to the Chair of the Planning Committee in early September asking for an explanation as to why she chose to approve the scheme in the face of such opposition. We have received no reply. When we informed the Councils’ Chief Executive they told us that Councillors are “not obliged to respond” to any correspondence. How can this be right?

Residents have been ignored by the Council and let down by our existing local Labour Councillors. Your Wanstead Lib Dem team continues to fight for this issue to be properly consulted on, and any decision made public.

We recognise there are both positives and negatives for the kiosk itself. However, we believe the decision to install this scheme, without a proper consultation is undemocratic. We are disappointed in this decision, the way it's been made and the failure of our Labour Councillors to listen to, and stand up for Wanstead. 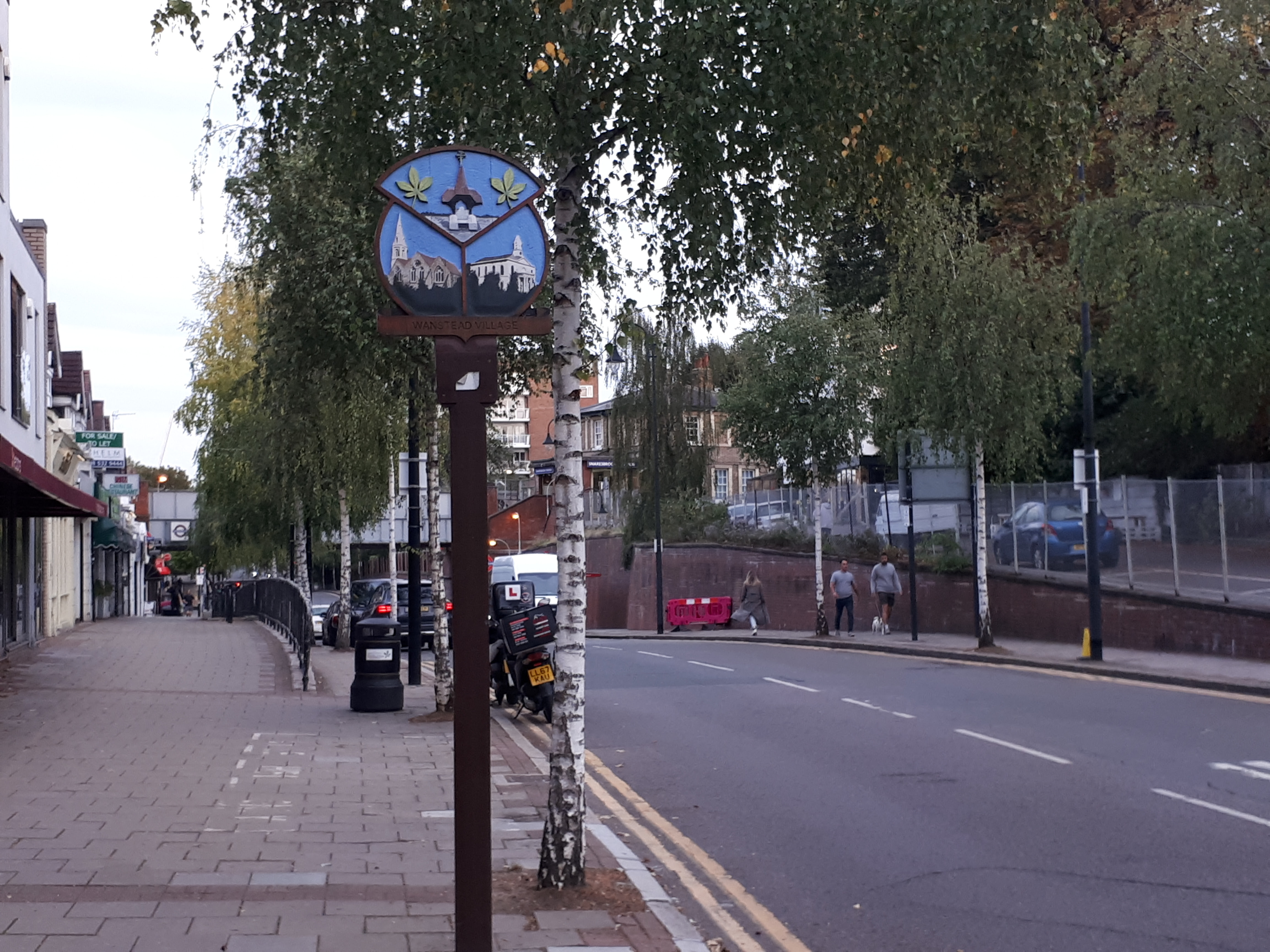 Returning democracy to the residents of Wanstead

We believe that democracy is best served when we can hold those we elect to account. The Wanstead Lib Dem team are committed to fighting for the return of local forums and reversing some of the cuts to the democratic process.

Did you know that, since coming to power almost a decade ago, Labour has reduced the number of full Council meetings, abolished the Conservation Advisory Panel and removed local area-based democracy forums? Did you know that no elected Councillor is obliged to respond to correspondence from the public? We promise to fight for democracy to be returned to you. We want the public to be able to examine the decisions made by those they elect. That if you ask a question of a politician, they answer it. If the people can’t hold those we elect to account, we fail our democratic principles.

Sign our petition to bring back Local Area Committees

One of the first things Labour did after coming to power in Redbridge was to make it less democratic by scrapping Local Area Committees. These committees gave local people real decision-making power over how money was spent in their area. We believe people should be given more (not less) say. We seek a return to Local Area Committees which empower people to make the decisions that affect them most. If you have not already done so, please add your name here and support our campaign. 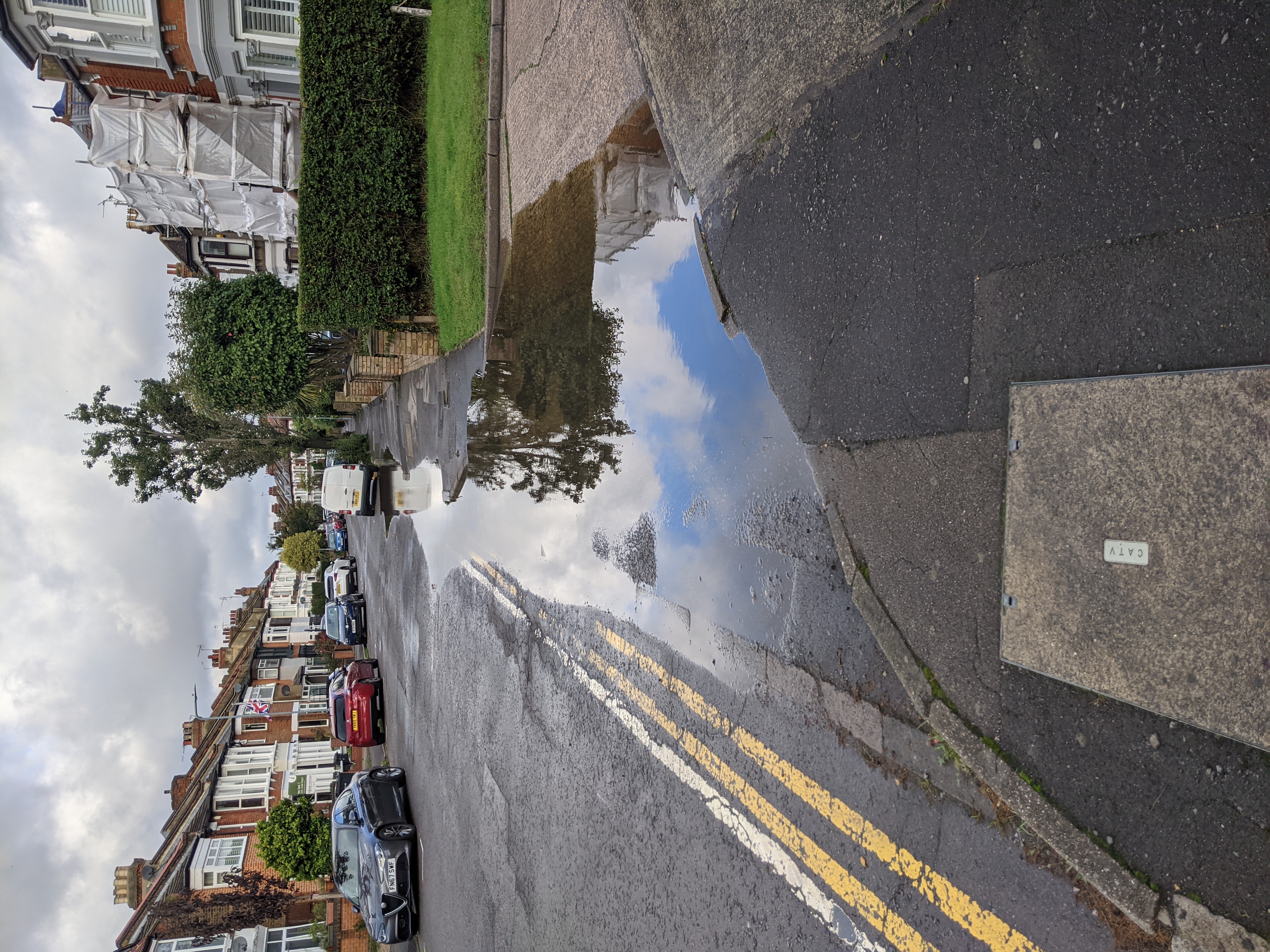 The early hours of Tuesday 5th October saw torrential rainfall that again saw local flooding, as experienced a number of times over the summer months. Redbridge, like all London Boroughs, has responsibilities for preventing surface water or ‘flash’ flooding. It is a Lead Local Flood Authority (LLFA) and is meant to work with other bodies, like Thames Water and the Environment Agency, in developing a flood management strategy, to identify ways of reducing flood risks and seek funding to do so.

This includes a responsibility of the Council to maintain our street drains which, if ignored, lead to further surface flooding. The increased risk of flooding on our streets because of ignored, blocked drains limits the accessibility of pedestrians and threatens resident's properties. What plan do Redbridge Council have that looks at a flood management strategy? When will the Council take the regular maintenance of our drains seriously, and when will this be communicated to residents? The Wanstead Lib Dem team will continue to push the Council for answers. 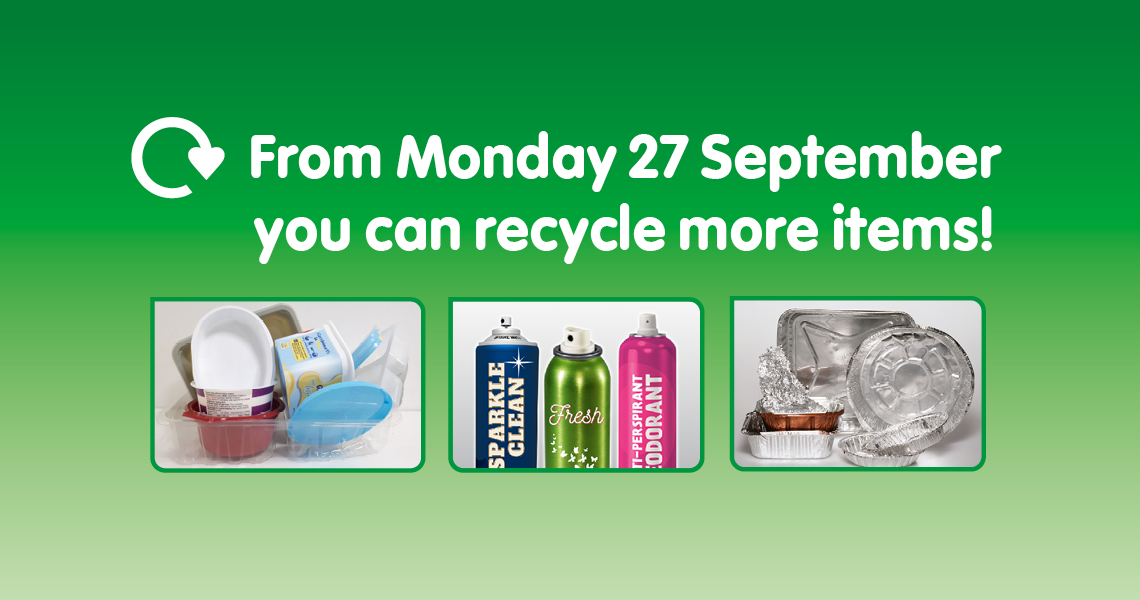 Redbridge Council have increased what recyclable materials they will collect, to include items such as plastic pots, tubs and empty aerosol cans. This is good news of course, but as Wansteadium wryly comments, it was surprising that Redbridge did not collect these already. Redbridge is a poor performer when it comes to recycling rates. According to the most recent figures, it ranks near the bottom amongst London's 30 boroughs. In contrast, all three Lib Dem-controlled London boroughs are in the top 10. 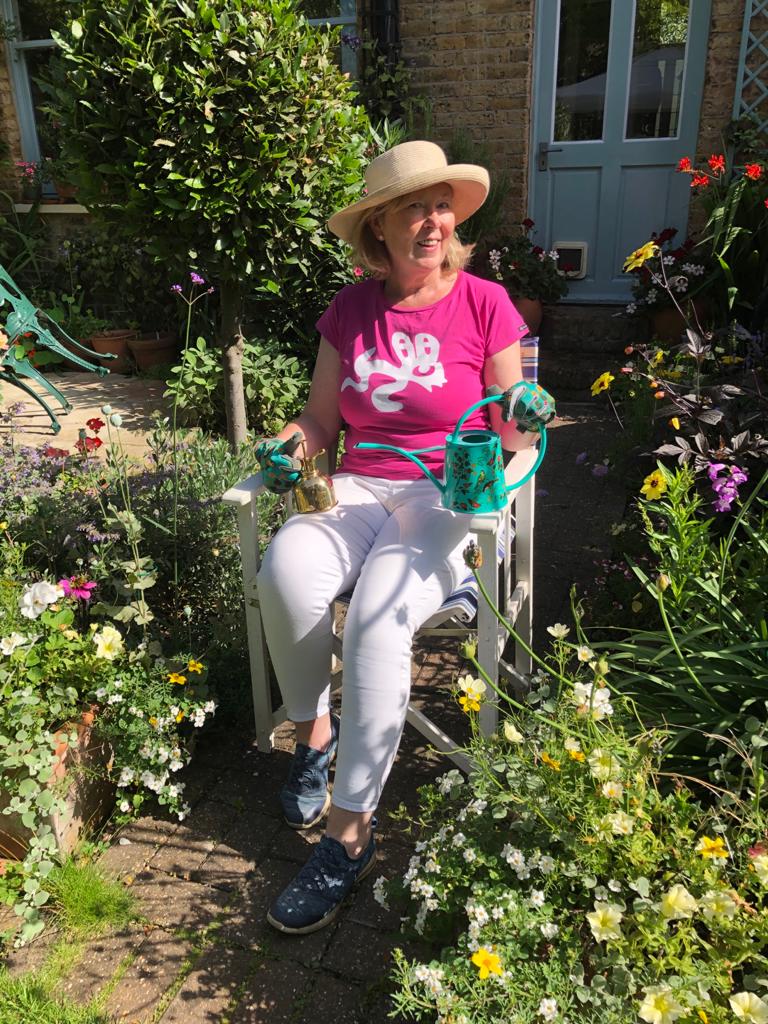 How long have you lived in the ward? We moved here from Walthamstow twenty-five years ago and never want to leave.

Why the Lib dems? For me, the Conservatives are too heavily influenced by their business donors and Labour by the Unions. I want genuinely independent politics centred on people. I like the Lib Dem' ability for unconstrained, innovative policy-making.

What change do you want to see locally? The environment is now a critical global security issue so I want to see this played out at the local level by cohesive, sensible green policies. There's a lot more that could and should be done on recycling, biodiversity and non-car transport. I would also like to see the Council undertaking genuine consultation with residents.

Thinking about joining the Lib Dems?

Did you know you can join the Lib Dems as a member or a supporter? Members pay a minimum of £1 a month and supporters can register for free. Wanstead member Jack Fleming says, "I am proud to be a member of a political party that really believes in local democracy, electoral reform and taking the climate crisis seriously.  I also like being part of a community of people in Wanstead that share my values.  You can find out more about joining the Lib Dems here.

Stay well and we look forward to hearing from you soon,

How can we help?

Need to speak to us about an issue? Want to get involved?