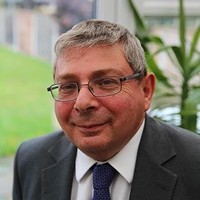 The Liberal Democrats have proposed a range of measures that will benefit families and ordinary working people, have been properly costed and are affordable. The Tories have ignored the impact of Brexit on their proposals and they do not go far enough to address the worst aspects of austerity. The Labour Party have, it is true, set out a range of proposals that, in their words, will be ‘transformational’. They say that only the top 5% of earners and companies will be affected. This claim has been disputed by the independent Institute for Fiscal Studies (IFS), who have stated:

“In the end, it is unlikely that one could raise the sums suggested by Labour from the tax policies they set out. If you want to transform the scale and scope of the state then you need to be clear that the tax increases required to do that will need to be widely shared rather than pretending that everything can be paid for by companies and the rich.”

This analysis fails to take into account the wider impact of their proposals. Our economy relies heavily on investment to grow and develop. Companies are already beginning to desert the UK, either because of Brexit or because of the impact of a Corbyn Government. Taken individually, there are lot of good things in the Labour proposals. There are many that I would support. However, it is not difficult to predict what the consequences of the whole gamut of their proposals will be for ordinary working people.

The outcome will be, as indicated above, reduced investment, increased inflation and higher interest rates - with all the consequences that that will have for ordinary working people. In short, the figures do not add up. I am scared about the future of our country under the Tories or under Labour. We must do whatever we can to ensure that neither have the opportunity to implement their proposals.